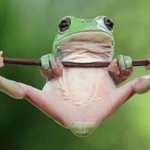 With the excitement surrounding the football games no one would be surprised if you caught some of that betting fever. But for people new to the sports betting scene, some of the terms being used may seem like a foreign language. Even if you’ve heard them, chances are most people don’t really know what they mean. In this guide we will cover what is arguably one of the most popular betting phrases: to cover the spread. We have all heard it on numerous occasions, whether on TV or in real life, but what does it mean to cover the spread?

What is point spread?

To answer what does it mean to cover the spread we first must know what the spread is in the first place. Basically, the point spread is a handicap, i.e. extra, imaginary points, given to one of the teams and taken away from the other by the sportsbooks (also known as bookmakers in some countries). The full term is “point spread”, but most people colloquially shorten it to just “the spread”. Here are a couple of examples of point spread you may see at a sportsbook:

The numbers with plus and minus in front are the point spread. The actual signs indicate whether the team will be given extra points or the points would be subtracted from their final score. Following this line of thought, in the above example, the Patriots will be given 3 extra points at the end, while the Chiefs will have 4.5 points subtracted from their score after the conclusion of the game.

Now that you know what is point spread, let’s get to the meat and potatoes, how the point spread works and:

What does it mean to cover the spread?

As mentioned, at the end of the game one of the two teams will be either given extra points or will have those points subtracted from their final score. Once again, this is done purely by the sportsbooks in the course of making wagers. They set the spread before the game and people decide whether to bet one team or the other to win. And this is the basic answer:

To better understand what it means to cover the spread, let’s look at some examples. Let’s use the teams from above and run through a few imaginary scenarios.

Example 1: Taking the Patriots vs. Dolphins game, let’s say that the Dolphins win the game 27 – 29. In this case, the Patriots were given a point spread of +3, which means that even though they lost the game by two points, the covered the spread, since adding the 3 points to their final score of 27, the result now is 30-29, i.e. the Patriots “win” the game. Or more realistically, would have won the game, had they scored 3 extra points.

As you can see, it’s fairly easy to understand what it means to cover the spread. If one of the teams comes out a winner after points are either added or subtracted, it means they covered the spread, while the other team did not.

A little bit of trivia: Soccer games betting also has something similar to the point spread. However, they call it “Asian Handicap”, although it works in much the same way. Now if you find yourself in international company, you can bust out that term at the party.

I bet that at this point you are itching to talk about the Chiefs v. Cardinals game and the point spread in that example, and we will a bit further down. But at this point the real burning question is: how do you bet on all this?

How to bet the spread

Now that you know what it means to cover the spread, let’s see how you actually bet it.

In our imaginary football game we had the Patriots with +3 spread and the Dolphins with -3 points at a sportsbook before the game started. At this point you must decide which side you want to bet. The question you should ask yourself is are the Dolphins more likely to beat the Pats by more than 3 points, or will the Patriots lose the game by less than 3 and maybe even win the game outright? Based on the answer of this question you make your bet one team to cover the spread or the other.

This is important, because most newbies tend to assume that, since the point spread numbers are the same, just with a different sign in front, it doesn’t really matter which side you bet. But it does. A bet on the Dolphins to cover the spread would be a winner only if Miami wins by more than three points. The Patriots, on the other side, would cover the spread if they either win the game or lose by less than 3 points. As you can tell, there is very little room for these outcomes to occur concurrently.

That said, here is the tricky question – what happens if the game ends in such way that the point spread actually turns the final score to a draw? For example, if one of the teams were -2 against the spread and they won the game by two points, let’s say 14 – 12? In this case, after the two points are subtracted from their final score, the score would be 12 to 12. What happens to your bet? In such cases (which are not rare, to be honest) the bet is a “push”, i.e. you neither win nor lose, but rather get the money you wagered back. This question is also the perfect segway to the next topic:

There are two different kinds of spread you will see at the sportsbooks, the whole-point and the half-point. The whole point spread is simply integer numbers like +3, -1, -7, etc. Those are super simple and we have used them in all but one of the previous examples. Sure, they re easy to calculate, but as noted, they have one drawback – they could tie a game and render your wager a push.

And then you have the half-point spread, just like the second example earlier, in the game Kansas City @ Arizona. If you scroll up to that example, you will see that we gave the Chiefs a -4.5 spread, i.e. not just 4 points, but a half point, as well. So when we calculate, we take away four and a half points from the Chiefs final score. For example, if KC wins the game 23 – 21, we would take the 4.5 points and the score on which your bet is paid would be 18.5 – 21, i.e. a bet on the Chiefs to cover the spread would be a loser.

This type of point spread comes with its own set of pros and cons. On the positive side, since there are no half points in football (or any other sports on which the sportsbooks offer spread betting), your bets will never end up in a push. You will always either win or lose your bet, no in-between here. On the negative side, this opportunity does come with a cost. If you are uncertain, for example, if the Chiefs will win the game by 4 points or by 5+ points, it makes it harder to make a decision, since you lack the safety of the “push”. If the point spread was -4 and the Chiefs won by 4 points, at the very least you’d get your money back, but with a half-point -4.5 spread, you would lose that wager. For the people new to betting on sports, it’s imperative to make a distinction between the point spread and the money line (or the “odds”). Generally, when people refer to the betting odds on a football game, or any other sport, for that matter, they most likely mean the money line. We talk about the money line in depth in another guide, but the abridged explanation is that the money line, i.e. the odds, refer to the payout the sportsbook will give you for an outright winner of the game, no extra points involved. A brief example would be if you saw the following line: “Steelers -210”. This is the money line on the Steelers to win the game outright, and if you bet on such victory, you’d have to wager $210 to win $100. The minus sign is also a quick indicator that the Steelers are favorite to win the game.

As you can tell, the money line or the betting odds are quite different than the spread. So when you hear someone asking “What’s the line on such-and-such team?”, they would refer to the money line, while, as we already learned, the point spread is simply referred to as “the spread”.

Why do you bet the spread

And finally, you may ask yourself, why bet the spread? It seems like a lot of work and precise guessing (I know, right?), when you could just decide who the winner of the game would be an bet on that team.

Well, if you bet the money line, one of the teams, the favorite, will pay out very little, while the other, the underdog, will pay out a lot, but will have less chance to win. If we use the Steelers example above, you will have to risk $210 for every $100 you want to win.

Meanwhile, most of the payouts of a point spread wager are almost always “-110”, with very, very few exceptions. This means that you have to bet $110 to win $100. You are risking less money to almost double your money. And the sportsbooks try really hard to make either side of a point spread have a fifty-fifty chance of winning. For someone who likes those odds, it’s the best proposition, which is why most people bet the spread, rather than the money line.

At this point, the more perceptive of you are probably wondering, if it’s a 50-50 chance, why do you have to bet $110 to win $100, why not $100 to win $100? Simply said, the extra $10 you risk are what’s called the “vig”, i.e. this is what the sportsbook charges you to take your action. Theoretically, the odds makers try to have equal amount of money on either side of the game. That $10 per hundred is how they make their money. In reality, no sportsbook is that perfect, but the idea of the vig holds true.

As you can see, the point spread is not the mystery it may seem the first time one lays and eye on a betting slip at the sportsbook. In a nutshell, it’s extra points either given or taken away from a team, a handicap of sorts. Not only have you learned what does it mean to cover the spread, by now you should also know how to bet it, what to watch out for and the differences among the most popular sports betting terms. All I’s left to do is place your bet and watch the game!