If the idea of playing an online slot with 25 paylines of scary fun appeals to you, then you should check out Count Cashtacular. The various humorous bonus features and overall tone of this slot set it apart from other vampire-themed games. Keep reading to learn more about playing this vampire-themed slot today! 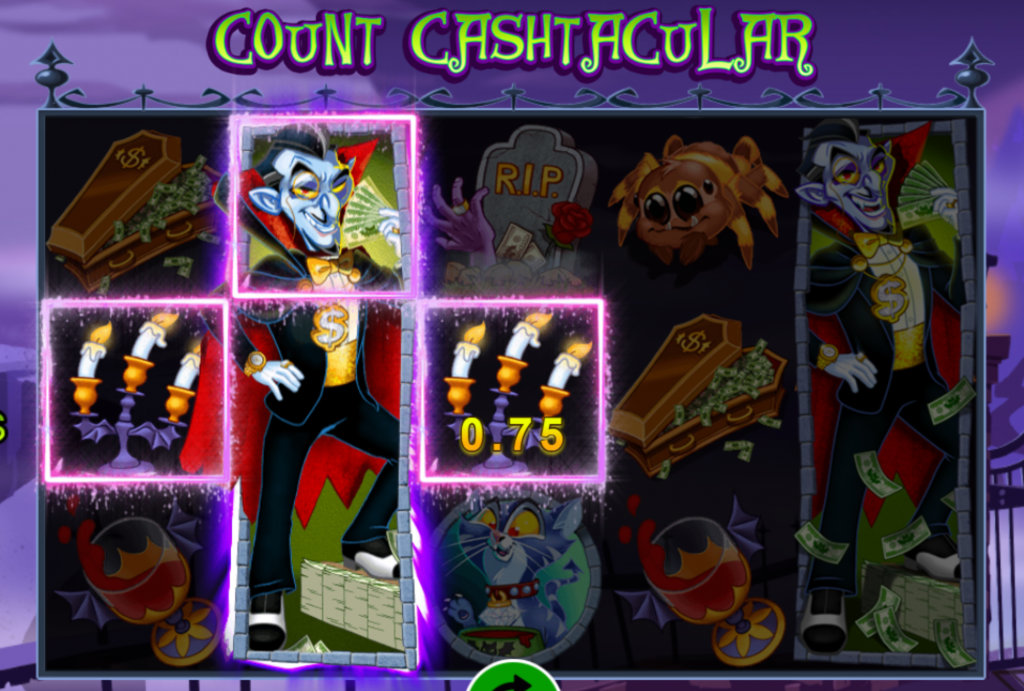 The prevalence of games that are perfect fits for certain genre categories is something that is often seen in the slot machine business. In practice, though, it’s not all that frequent for providers to make considerable departures from these cliches. However, the Count Cashtacular slot machine by Realtime Gaming is an example of what may happen when playfulness replaces seriousness.

The game’s visuals immediately convey a sense of humor and fun. All of the icons have a somewhat cartoonish quality to them. Although there is a vampire theme and a frightening atmosphere, this piece is not too violent. Despite this, it does not get ridiculously absurd at any point. The result is a humorous and soothing atmosphere that horror fans will like.

We’d say that “solid” best describes the gameplay’s overall quality. There is nothing unusual about these characteristics, but they all deliver substantial benefits. The game’s design also makes it such that features and unique mechanisms appear frequently. This ties back into the soothing atmosphere established by the theme and presentation. It’s a fascinating scenario, and it all revolves around making a game that gamers of various skill levels and preferences can enjoy. We believe that Realtime Gaming did a decent job of accomplishing that goal.

In this game, the amount of volatility is a crucial factor in maintaining smooth and soothing gameplay. The result is somewhere in the middle of the scale. This gives room for fluctuations and variation, which can result in large gains if timed correctly. On average, though, the consequences are mild. If that’s the sort of thing they’re looking for, the slot’s average volatility is spot on.

Slots with bonus features are always entertaining and provide a new twist on the gaming experience. When activated, the bonus features of each slot machine have the potential to significantly increase your winnings. When you play the Count Cashtacular slot, you can look forward to some very spectacular extras including:

You want the count to appear on the reels as often as possible. His job is to ensure that every given sign always pays out the most money possible. See how this count can increase your payouts below:

However, the count’s function doesn’t end at determining individual symbol payouts.  When he makes an appearance, he serves as a subtle nudge. In other words, wherever he falls, he’ll push off all the symbols underneath him. However, this still leaves those roles open for wilds. So, it’s possible to get as many as 3 wilds on the same reel at once.

If the word “expanding wild” sounds better to you, feel free to use it, but keep in mind that it “expands” only downward and not upwards. In addition, if you accidentally move a scatter off the board, it will still be considered present.

The game board features a humorous medieval crest as a scatter. Each of the game’s five reels might have this scatter symbol, increasing the odds of winning big. Here are the rewards for these scatter pays:

These wins at the crest stood out to us for two reasons. The returns are not based on a coin’s face value. Instead, they are expressed as a multiplication of your total wager. Furthermore, these scatters might help you win regardless of where they land on the reels. Since winning combos don’t have to appear in a specific order (from left to right on a particular payline), this makes it simpler to win. This is particularly true for three-of-a-kind combos.

The Pick Bonus Feature in the Count Cashtacular slot is activated when the wild count symbol appears on both the first and fifth reels at the same time. You can choose between free spins and re-spins as a bonus at that time. 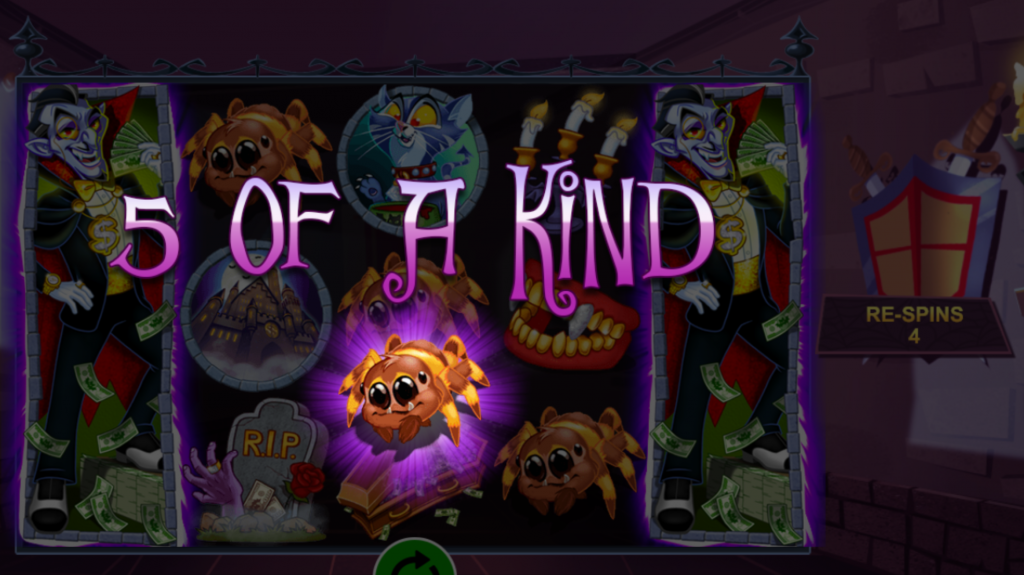 A player’s experience is split in two when they choose the re-spin option. To begin, the first and end reels remain stationary within their respective positions. This will trigger a three-time respin of the central reels. Please note that this feature cannot be retriggered.

If you decide to use the option that gives you free spins, you will begin with 12 free rounds. However, if wild symbols appear on both the first and the final reel at the same time, it is possible to re-trigger the feature and earn an extra 12 free spins.

What differentiates these free spins from the game itself is a straightforward concept. Every payout is subjected to a multiplier of 3, which effectively triples the amount you are awarded. However, this takes into account any wins based on lines as well as rewards based on scatter symbols.

Whether you want to spend all of Halloween at the slots or just wish to get into the holiday spirit early, Count Cashtacular from RTG is a wonderful treat. It’s a fun game with some interesting twists and turns in the bonus round. Unquestionably an excellent replacement for the Bubble Bubble slot game series as well as other video slot games with a theme comparable to Halloween Treasures.