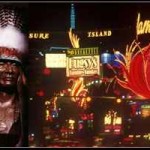 Much to the surprise of those involved in the debacle of the Bay Mills Indian Community’s casino in Michigan, the Supreme Court handed down a decision favoring the tribe. Voting 5-4 in favor, the Supreme Court decided that the state cannot shut down the Indian casino, located outside of the tribal lands.

The Bay Mills tribe built and opened the casino, located in the Michigan’s Upper Peninsula, in 2010, but the state shut it down a year later, after a federal judge sided with Michigan and issued an injunction barring it from operating. The case reached the Supreme Court after 6th Circuit U.S. Circuit Court of Appeals threw the injunction, based on the fact that the tribe had sovereign immunity.

The Supreme Court decision in favor of the Indian casino stem from a 1998 case that extended tribal sovereign immunity to bar lawsuits arising from an Indian tribe’s commercial activities outside its territory. It is expected that the casino will resume normal operations sometime this year.